K9 Natural: tripe for the picking 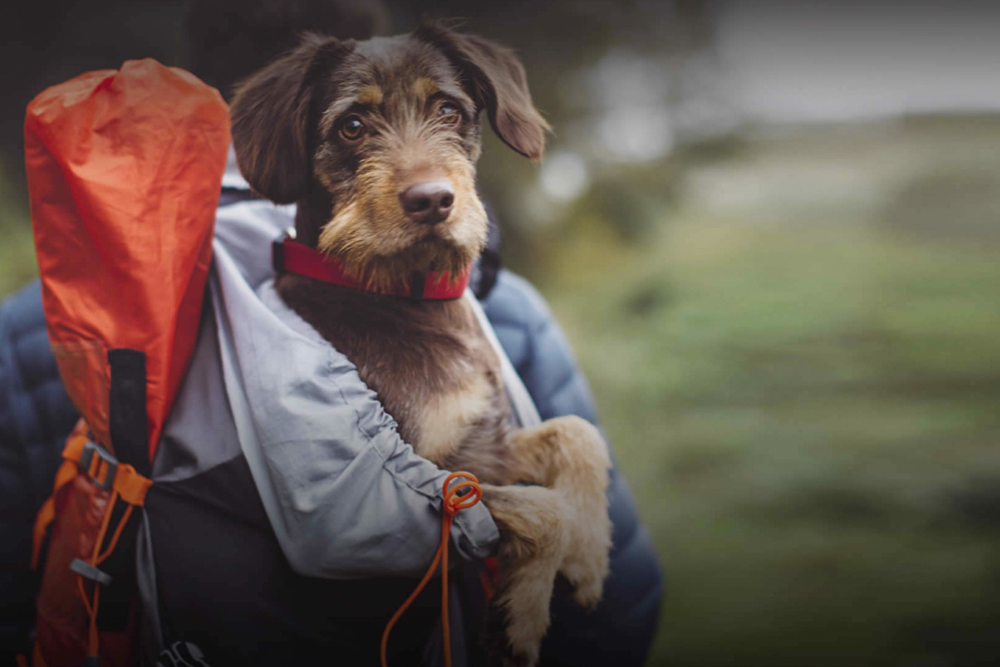 Who’d have thought tripe would be bringing in multi-millions to New Zealand’s economy in 2019?

It’s not the tripe you remember, however. We’re talking New Zealand Grass Fed Lamb Green Tripe, a gourmet superfood full of prebiotics and a best seller in global markets – for dogs.

This is just one particular product made by K9 Natural, among the growing number of New Zealand made, natural, gourmet pet food brands contributing to a booming export sector touted as the next wine industry.

And its growth in 2018 has not disappointed; up more than 33 percent in 2018 driven largely by Asia (+ 53%) and North America (+45%)¹. This is good news for our meat producers; traditional waste products have been transformed into high-end, value commodity products. So much so, that the value of retail exports has increased more than 50 percent since 2014².

So, why is New Zealand tripe – alongside our beef, lamb, and seafood – in hot demand?

Neil Hinton of K9 Natural says people care what’s in their food and their pets’ food – which is why they choose New Zealand products. “The existing perceptions of New Zealand and our food industry – and particularly our meat industry – are hugely influential,” says Neil.

K9 Natural identifies as New Zealand by the FernMark on its product – the Government’s official country of origin certification that authenticates local products in export markets.

“We’re known for our grass-fed animals and high standards of food safety and processing, which is why pet owners who are more conscious about their pets’ diets choose our products, because they know and trust the source – validated by the FernMark.”

The fact New Zealand ranks first equal to Australia and the United Kingdom for its commitment to animal welfare is also a strong influence for global consumers choosing New Zealand pet food produce.

Underneath this overarching rational are three global megatrends supporting the sector’s growth:

Pets are no longer just pets. In 2019 they’re considered family. This is because changing demographics and societal behaviour have transformed the traditional idea of what a family looks like. The world is experiencing declining births, an aging population, an increased number of singles, and a growing middle class in developed countries with more disposable income.

All these factors have influenced increased pet ownership; dog and cat ownership have grown in China by 209% since 2008 (Euro Monitor International) where pets are helping counteract loneliness as companions and fill the role of ‘fur’ baby to practice for, or in place of human babies.

Validating this is Nielsen research that shows annual household spending on pet food among pet owners increased 36 percent between 2007 and 2017. And this demographic and behavioural shift is directly linked to the humanisation of pets.

Whether its kombucha, kale or keto, the global health and wellbeing movement has reached everyone. And consumers’ heightened awareness of their own wellbeing has also translated to that of their pets.

There is a rising demand for higher quality, healthy and natural pet food, mirroring human consumer health trends. Dog yoga, pet resorts, and transport services go hand in hand with the carnivores, gluten-free and vegan diets on the rise for pets.

Americans spent an estimated US$70 billion on pets in 2018, according to the American Pets Products Association. It’s evident humans are placing the same value for the pets’ health on their own. And they’re buying premium pet food made from New Zealand produce.

Local exporter K9 Natural has seen the success of the back of the trend towards a traditional carnivore’s diet for dogs in the North American market as opposed to the globally-accepted carbohydrate-based diet.

The trend towards healthier diets is also influenced by our changing cities. The growing global population and rise in apartment living and reduction in personal living space have lent to challenges for pet owners in smaller spaces.

Neil explains how city-based pet owners are more considerate of what they’re feeding their pets because a bad diet means smelly poop in small places. “K9 products are popular because they’re more digestible than traditional dog food. Customers from around the world rave about the smaller mess and less smell – which makes a world of a difference in a small space.”

It’s about reputation, end of story

All these factors contribute to our New Zealand story. Petfood NZ Head of Opportunities, Pete Jarratt says globally, consumers are interested in buying a brand story for their pets, the same as for products for themselves.

For Pete, the success of Petfood NZ cans designed by Kiwi kids launched late last year is testament to this. “Combined with the FernMark, it spoke to New Zealand’s values-based way of doing business, that has a strong appeal to our Chinese customers.”

The FernMark is a distinctive, national logo that symbolises our reputation and simply tells our New Zealand; of grass-fed animals, a sustainable supply chain, safe processes, and innovation.

And with our known culture of innovation – ranked 7th in Asia and Oceania according to the Global Innovation Index – who knows what’s next for our growing export sector: the impossible burger for pets?

²ITC calculations based on Statistics New Zealand statistics since January 2018.

Salcom: a New Zealand wireless solution using the FernMark to share their story

Share your natural health products story with the world

Lewis Road Creamery: FernMark is melting the hearts of butter lovers in the US and Australia